Parents have spent generations shaking their fists at “kids these days.” For decades, adults worried that television was raising their children. And while some of these debates revolved around content, the lasting result was an ongoing conversation about the relationship between teens and screens. But if television was a headache for parents in the past, then smart phones and tablets are likely causing migraines for parents in the present. As much time as adults may spend glued to their phones, its still hard for many to understand the relationship that millennials have with their phones and electronic devices.

Teenagers today don’t know a world without the internet. They’ve been able to walk and talk, while online, for their entire lives. This relationship is more than a dependency, its a part of their DNA. For parents the consequences have probably never seemed so complicated. To be sure, technology today has benefits that are hard to dispute. Among the most overlooked is that recent studies have suggested that teenagers are now so comfortable online that they are gradually becoming less inclined to participate in dangerous activities. But this creates a pretty confounding paradox… millennials might be physically safer than any generation in decades, but their mental health may be more at risk than any in recent memory.
( https://www.theatlantic.com/magazine/archive/2017/09/has-the-smartphone-destroyed-a-generation/534198/?utm_source=twb )

For parents looking to manage the amount of time their teenagers spend in front of their screens, the jury is still out. One recent study conducted by the American Academy of Pediatrics argued that as many as six hours a day should be considered normal and essentially harmless. ( https://link.springer.com/article/10.1007%2Fs11126-016-9486-3 ) Other surveys have suggested a direct correlation between too much screen time and potential depression. ( https://www.npr.org/sections/ed/2014/08/28/343735856/kids-and-screen-time-what-does-the-research-say ) Whatever your claims about the effects of modern technology may be, there is probably credible research to support your conclusion.

While all of the conflicting research continues to evolve, there are several constants that parents can rely upon to help teenagers maintain a healthy mindset. Studies are consistent in reflecting that screen time at night can keep children (and adults!) from getting quality sleep. By spending hours in front a light-emitting screen before bed, our brains can literally not ready ourselves for bedtime. ( https://www.sciencenewsforstudents.org/article/evening-screen-time-can-sabotage-sleep ) The advice on this front is to stop watching TV or using smartphones and other screen devices an hour or two before bedtime to give your brain a rest and the correct signal that it is time for sleep.

The other constant throughout all the research is that no matter how much time is spent with technology, staring at a screen can never duplicate the benefits of actual physical activity. No matter how much time a teen spends online or in front of their computer, its essential that they still get exercise and that they also spend time outside. Parents today have tough case-by-case choices to make when it comes to technology, but for those picking battles, if a teenager can re-main physically active, then conceding some inevitable screen time may be worth the compromise.

Please feel free to contact me with questions or to schedule an appointment. 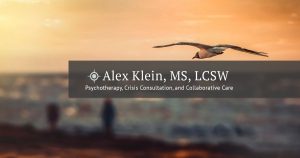