As the popularity of Vapes and Juuls have skyrocketed, smoking has declined more quickly than anyone could have imagined. And while the initial intention may have been to eliminate the use of tobacco, one of the unforeseen consequences is a marketplace that still delivers nicotine, often in much higher (and more concentrated) doses. So disguised in all types of fun-looking flavors, society has once again found a way to get its fix.

There was a time, in the not too distant past, when people smoked cigarettes without a care in the world. Before they were linked to cancer, cigarettes might as well have been an everyday accessory, and they were certainly a staple of modern society. But as the twentieth century came to a close, it was hard to ignore the connections between smoking and serious health risks. For the first time, the tobacco industry struggled, and smoking carried a negative stigma. But customers trying to quit cigarettes represented an opportunity and technology wasted no time in filling the void. With electronic cigarettes, people could quit smoking tobacco by using their very own personal vaporizer.

Complicating matters even further is that vaping has inadvertently created easy access for many teens and adolescents. This is mostly due to the fact that most vapes are hard to detect. Some, not so subtly called “vape pens,” could easily be lost amidst a pile of actual pens. Others may be more elaborate, but most are small enough to fit in a pocket and they usually resemble a pen or cigarette in shape. Equally as important for teens and adolescents is the fact that vapes often produce a cloud of mostly odorless smoke, making it harder for those in surrounding areas to detect. These once inadvertent disguises have now become an overt selling point. In recent years, specific vaping devices have emerged that capitalize on these discreet qualities. Most notably is the JUUL, a controversial new type of vape with a purposefully distinct resemblance to a USB device. The sales pitch for teens? That they can take it anywhere and use it anywhere. The problem for parents? That teens can it anywhere and use it anywhere. (Including the classroom: https://www.npr.org/sections/health-shots/2017/12/04/568273801/teenagers-embrace-juul-saying-its-discreet-enough-to-vape-in-class )

All of the above is enough to warrant the attention of most parents. But yet another complication is that the rise of vapes and Juuls has coincided with the legalization of medical marijuana in most states (and of recreational marijuana in an increasing number of states). Inevitably, marijuana dispensaries are now offering cannabis via vaping. And while this almost certainly has been beneficial for those using marijuana for medical purposes, it also teens and adolescents with an avenue to smoke pot that is both easy to access and hard to detect.

What this means for the future remains unclear. Vapes and Juuls appears to be a modern alternative to a culture of smoking that already feels ancient. But it has undoubtedly also opened the door to a whole new world of possibilities. For teens and adolescents, it’s probably never been easier to experiment. For parents and teachers, a watchful eye may not be enough. With technology evolving by the day, only time will tell. Until then, the most responsible path for parents trying to under-stand these new trends are ongoing awareness and continued communication.

Please contact me to schedule a crisis consultation or therapy appointment. 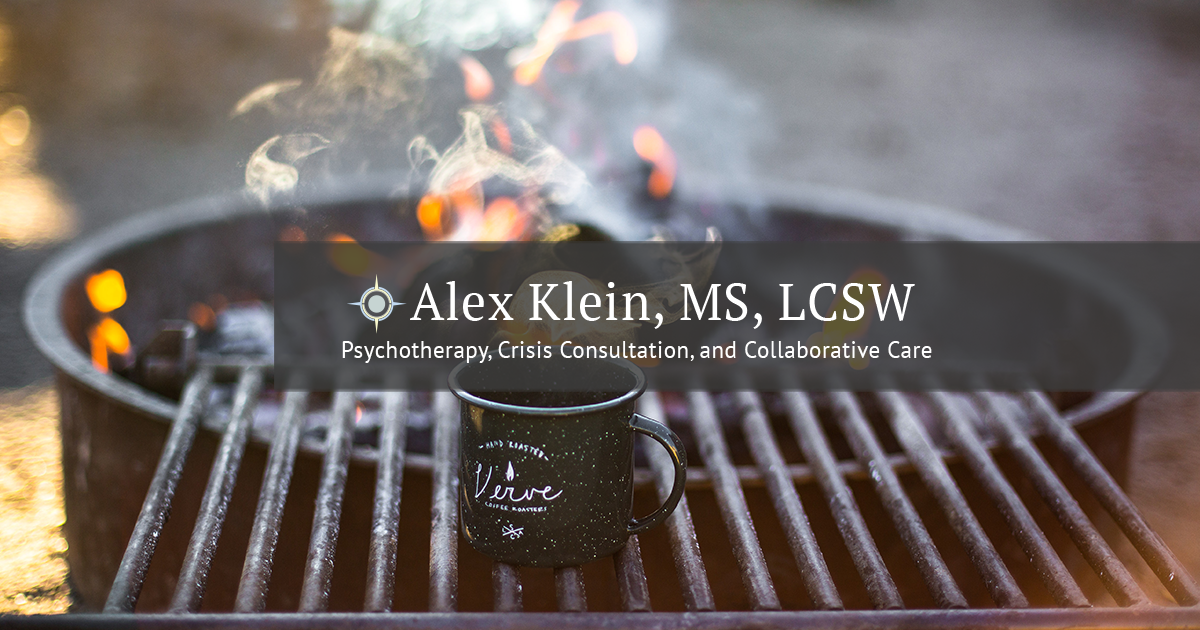