More than forty million people in the United States live with some type of anxiety disorder. That’s almost twenty percent of the population. Living with anxiety is an immense challenge and it’s often compounded by the fact that few non-sufferers truly comprehend how this illness impacts lives. Whether it’s an obsessive-compulsive disorder or post-traumatic stress, anxieties of all kinds can adversely impact a person’s ability to work, interact socially, or even leave the house.

Some examples of anxiety may include, but are certainly not limited to:

Determining whether or not you have anxiety can also be a challenge and often requires the help of a therapist to at least make a formal diagnosis. The difference between being occasionally nervous and having an anxiety can often feel like a fine line. But its important to know that anxiety disorders can manifest themselves both emotionally and physically. In fact, one of the reasons some anxiety disorders remain under-diagnosed is because of their physical symptoms. Many times, doctors do not initially make a connection between the physical symptoms a patient may be experiencing and the possibility that they’re being created by an anxiety disorder instead of a medical condition.

These physical symptoms of severe anxiety can feel very scary and can include:

Emotional symptoms maybe be easier to diagnose and examples of these are likely to include:

Whether through therapy, introspection or a combination of methods, anxiety can be appropriately and successfully managed. Some of the more common tips on how to successfully live with anxiety include:

Perhaps the greatest and most problematic misconception about anxiety disorders is that they are merely a chosen state of mind; something that the sufferer can somehow fully control. This idea is fundamentally damaging simply because it places the blame of the illness on the shoulders of the sufferer. The reality is that an anxiety disorder is a daily challenge. But through therapy, proactive thinking and positive thoughts, anxiety can be successfully managed and living with anxiety can be an opportunity to build resilience.

For more information or to schedule an appointment please contact me. 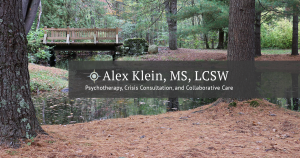