From an ATARI in the early 80s to a SEGA or NINTENDO in the 1990s, video games and video gaming disorder have been an increasingly active presence in our lives for more than a few decades. Like movies and television, gaming can be an enjoyable escape from reality and a fun hobby for adolescents and teenagers. But the simpler days of Mario and Luigi are long gone. For the first time ever, the World Health Organization (WHO) recently announced that it will classify gaming addiction as a mental health condition. Starting in 2018, the International Classification of Diseases (ICD) will officially list the condition as “gaming disorder.” https://www.cnn.com/2017/12/27/health/video-game-disorder-who/index.html

Video gaming disorder has exploded into an entirely new phenomenon in the 21st century, driven by cutting-edge graphics and intricate storylines. Gaming is now an immersive experience. For some, this remains an appropriate escape from the real world. But for others, gaming has become more than a hobby. Whether its losing oneself in a world of fantasy, or obsessing over how to get to the next level of a random game, the experience can be a dangerously time-consuming distraction. And now, it can also be considered a diagnosable disorder.

Perhaps more than any advancement in technology, the experience of gaming has been “enhanced” in recent years by the ability to play online. This gives gamers the ability to connect and play with a community of users, from all over the world, all from the comfort-zone of their own bedroom. The result can be total immersion. For many gamers, developing online friendships with fellow players is a fun part of the experience. But for others, this feature can quickly turn toxic. Some gamers get so addicted to their online fantasy world that they forget about the real world that exists right outside their room.

As is the case with most emerging technologies, video game disorders aren’t going anywhere. Whether its via virtual reality or other new formats, the experience is only going to get more heightened over time. For adolescents and teenagers, the gaming experience might as well be a given. It’s an ingrained part of culture.

According to the WHO, 2-3 percent of self-identified video gamers showed symptoms of addiction. Another poll found 10 percent of gamers admitted to spending 12-24 hours at a time glued to their consoles. Of the hundreds of millions who regularly play video games, Oxford researchers found that 1 percent of their group suffered from symptoms similar to gambling addiction. For those aged 18 to 24, that percentage more than doubled.

If you’re a gamer, or the parent of a gamer, concerned that you might be suffering from this now diagnosable disorder, here are the official signs, according to WHO:

Treating addiction, like video gaming disorder, is never easy. For conditions like “video gaming disorder” the problem can feel like an ingrained part of online life that’s impossible to avoid. Conventional wisdom is to set limits and build a rigorous structure that prevents gamers from seeking refuge online. But for those that cannot control their impulses, a therapeutic approach is often essential. Just as there are different emotional impulses behind the alcoholic who goes to a bar, it’s important to understand the emotional desires behind the gamer who can’t stop playing. More often than not, a specific need serves as the driving force behind an conditions like “gaming disorder.” Using therapy to explore these behavioral impulses can be hard and introspective work. But the reward can be a fulfilling life that is much more real than virtual.

For more information regarding different types of therapies please contact me to schedule an appointment. 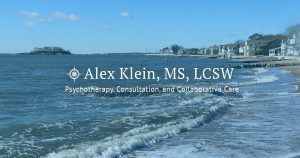